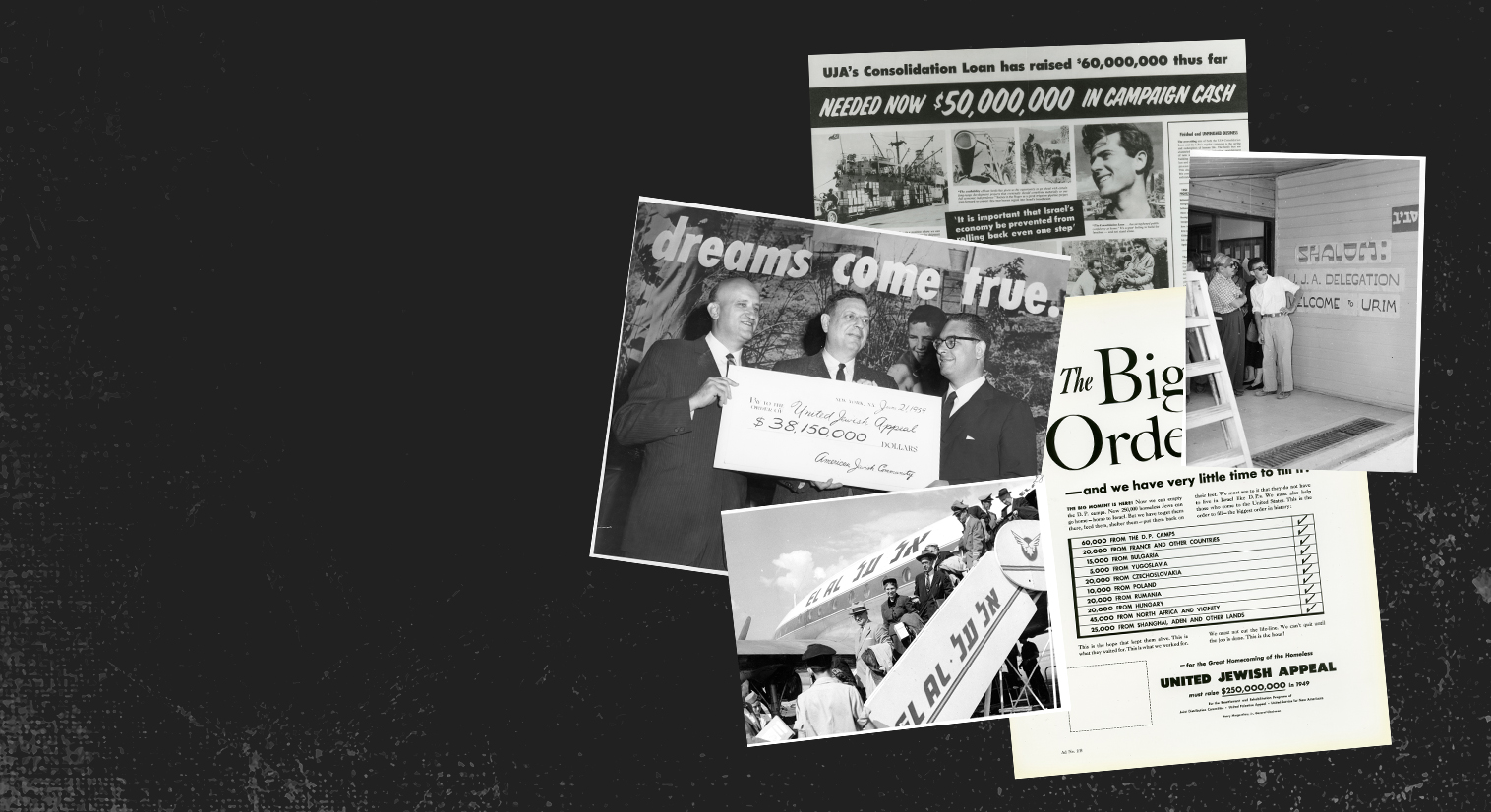 United Jewish Appeal (UJA) was venerated for decades for its lifesaving mission and achievements. UJA was founded in 1939 when several Jewish organizations merged their fundraising campaigns to provide relief to distressed European Jewish communities. Donated funds helped to save Jewish lives during the war years and fed survivors in the Displaced Persons camps after the Holocaust. Funds raised by UJA provided a lifeline for Israel and the global Jewish community. Today, JFNA fulfills UJA’s role of identifying priorities and galvanizing fundraising for Israel and overseas Jewish communities.

Council of Jewish Federations (CJF), founded in 1932, functioned as an umbrella organization of American and Canadian Jewish Federations. CJF fostered communication among the Federations about common interests and problems, strengthened their combined impact on global needs, and gave them a united voice. Today, JFNA carries on that mission, bringing Federation leaders together to make decisions about the important policy issues of the day.

Evolving in Name and Purpose

Since the merger in 1999, JFNA’s purpose has evolved beyond the original goals of UJA and CJF.  Today, JFNA provides thought leadership and guidance to the Federations, provides services that build the capacity of local Jewish communities, and helps Federations learn from one another. JFNA leads a continental response to disasters and crises, providing assistance and rapidly raising and distributing funds.

Learn more about our work and see our impact.