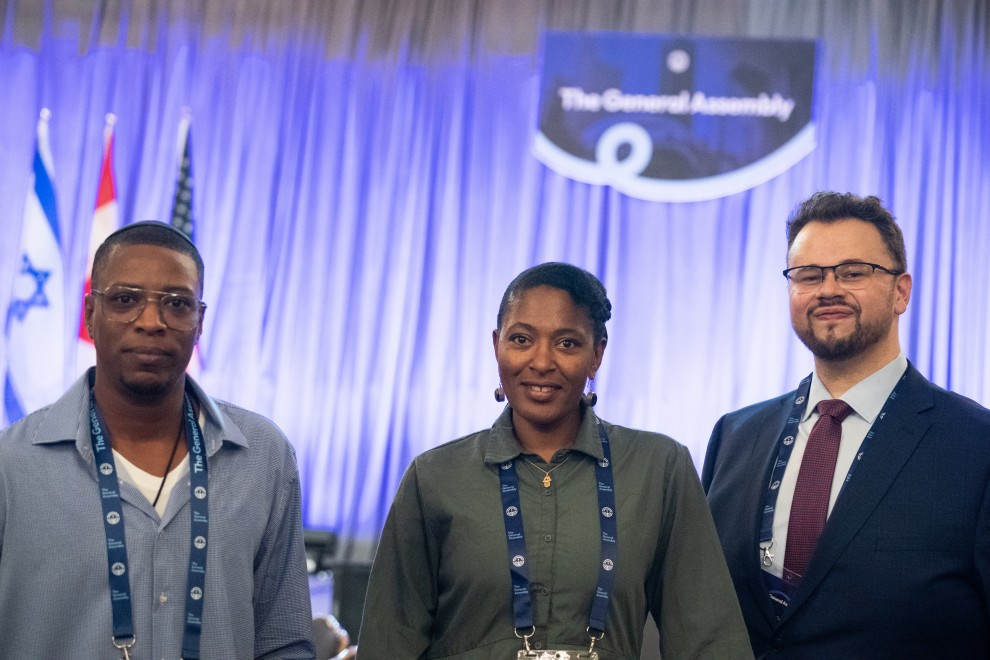 This week, Jewish Federations of North America’s JEDI (Jewish Equity, Diversity & Inclusion) initiative launched its 2nd Leadership Cohort to catalyze Jewish Federations, network communities and Jewish Community Relations Councils with ongoing capacity building, to advance a culture of belonging in Jewish communities and better equip Jewish communal institutions to meet the needs of an increasingly diverse North American Jewry. The program follows on the heels of last year’s initial cohort that was piloted in seven communities with 40 participants. The year-long immersive experience is currently engaging 200 Jewish lay and professional leaders across 20 communities between the two cohorts, and aims to deepen leadership skills, knowledge and understanding of issues relating to racial and social justice and equity, belonging and Jewish equity, diversity, and inclusion.

"Jewish Federations are committed to creating a culture of belonging for all Jews and our loved ones,” said Jewish Federations of North America President & CEO Eric Fingerhut.  "Our communities can only flourish when all feel welcome and included.  That is why this mission remains a top priority for Jewish Federations.”

The JEDI Leadership Cohort is one program among many from Jewish Federations’ JEDI Initiative, that include:

• The development of a training program with a Curriculum on Race, and current efforts in developing two additional curricula on Leadership and DEI/antisemitism.
• The creation of two affinity-based community networks to increase representation and belonging for underrepresented groups: Moed, for Jewish People of Color and their loved ones, and Chodeshim, for LGBTQ+ Jews and their loved ones.
• The creation of Jewish Federations' JEDI Professional Working Group for Jewish professionals from across Jewish life in North America to be in a community of practice and advance our community in creating a culture of belonging.
Since the launch of the JEDI initiative in 2020, Jewish Federations of North America have built an organizational change model for local Jewish Federations, CRCs, and Jewish legacy institutions, building alliances with organizations that focus on inclusion and diversity in the Jewish community and broader civic society.

“In the past American Jews have played critical roles in fighting for racial and social justice and equity,” said Rabbi Isaiah Rothstein who founded and leads Jewish Federations of North America’s JEDI Initiative.  “We are best equipped and responsible as the most socially diverse people on planet earth to address the moral reckonings of the 21st century.”