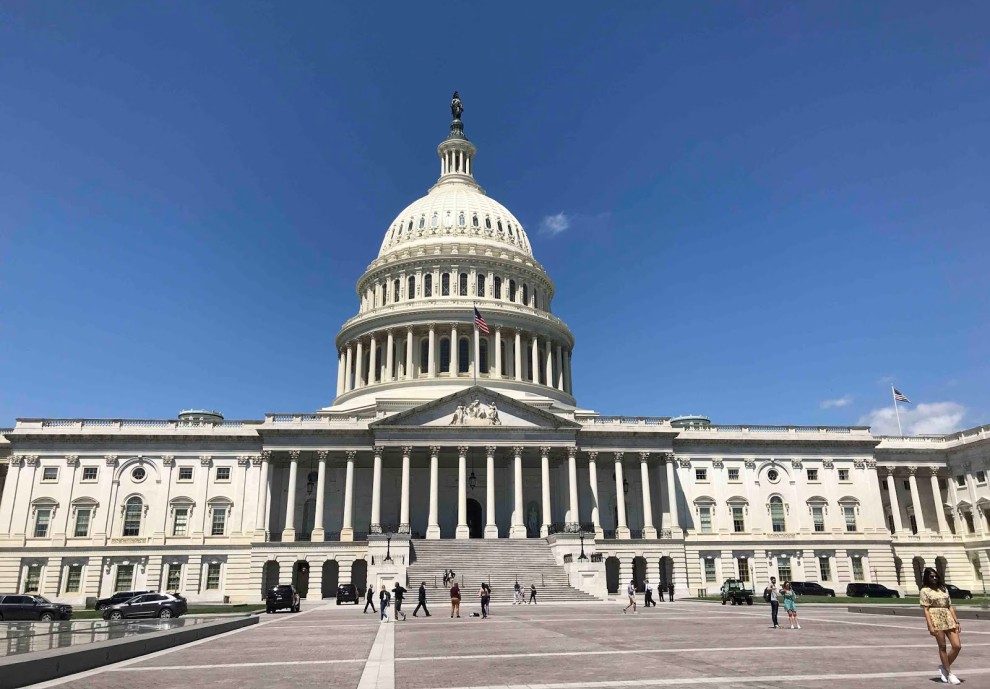 The ominibus package released today includes a slew of important investments that Jewish Federations have championed including nonprofit security, Holocaust survivor services, Israel, health and education, communal life, non-profit support, and the Ukrainian people. The Federations would like to thank Congress for including these priorities that will benefit the Jewish and other faith communities and the causes we value.

Congress has increased funding to $250 million from $180 million last year.

“From Pittsburgh to Charleston to Colleyville, we have seen how important Nonprofit Security Grants are for securing our community and other faith communities, which is why we are so grateful to Congress for increasing funding to unprecedented levels,” said Jewish Federations President and CEO Eric Fingerhut. “We will work with bipartisan champions of this program to ensure that it continues to grow until there is enough funding to secure every synagogue, church, mosque and vulnerable nonprofit facility.”

Federations, which were instrumental in creating the NSGP in 2004, have called for increasing funding for the program in Congressional Testimony and op-eds as the country has seen increasing violence against houses of worship. Last year, the NSGP was able to fund fewer than half of all applicants.

The NSGP is just one element of the private-public partnership needed to secure Jewish communities, which is why Federations have embarked on a historic $54 million LiveSecure campaign to ensure that every Jewish community has access to security resources and know-how.

The Holocaust Survivor Assistance Program is a public-private partnership between the Department of Health and Human Services Administration for Community Living, JFNA, and community-based health and supportive services providers to better address the unique needs of the country’s aging Holocaust survivor population.

It has led innovations in person-centered, trauma-informed (PCTI) care for Holocaust survivors and their family caregivers, an approach JFNA is further developing to serve diverse older populations impacted by trauma.

“In the seven years since its inception, the Holocaust Survivor Assistance Program has helped promote the dignity, strength, and empowerment of the country’s remaining survivors and other older adults who have been exposed to traumatic events," said Mark Wilf, chair of the Board of Trustees  at Jewish Federations of North America. " The increased funding for the program will ensure expanded service provision and serve as a crucial lifeline for Holocaust survivors, diverse older trauma survivors, their families, and providers."

Approximately one third of the Holocaust survivors in the U.S. are estimated to be living in poverty. As a group, Holocaust survivors are subject to increased risk of depression, social isolation, and extremely poor outcomes if they don’t receive the proper care.

Jewish Federations applaud the critical funding for the Iron Dome Missile Defense System, which provides life-saving protection for all who live in Israel.

In May 2021, Iron Dome intercepted 90% of the more than 4,000 rockets indiscriminately fired by the Iranian proxy Hamas at civilian populations throughout Israel. As Israel’s Iron Dome stockpile was used, Iran-backed Hezbollah’s arsenal of 150,000 missiles continues to threaten from Israel’s north. Which is why it is imperative that Congress passed the $1 billion in supplemental funding necessary to replenish Iron Dome in addition to reauthorizing the $500 million in missile defense spending as part of the President Obama negotiated MOU.

“The Iron Dome system saves both Israeli and Palestinian lives, which ensures that any conflict remains small and localized,” said Broitman. “Today’s decision to include this funding in the omnibus is a strong bicameral, bipartisan statement by the United States about its ongoing commitment to a strong and safe U.S.-Israel relationship.”

The bill also includes $3.3 billion in annual aid to Israel.

The bill includes nearly $14 billion in aid to Ukraine, and extended the Lautenberg Amendment, a family reunification program that allows some individuals legally residing in the United States to bring in family members who are persecuted minorities from abroad.

“As someone who came to the United States as a Ukrainian refugee, I can attest to how important and life-changing refugee support can be during times of crisis” said Elana Broitman, Senior Vice President, Public Affairs, for the Jewish Federations of North America. “Providing $14 billion of support and extending the Lautenberg amendment will help ease the burden for Ukrainians, including the roughly 2 million refugees that have already been forced to flee.”

Last year, President Biden signed the Jabara-Heyer NO HATE Act of 2021 into law. This law represents a significant step in addressing rising hate threatening communities throughout the United States by assisting the FBI in collecting hate crimes data and giving the Department of Justice the ability to better analyze these crimes. Jewish Federations advocated for the swift passage of this bill and are encouraged to see that the omnibus bill includes $5 million for the implementation of this critical tool to address antisemitism and other forms of hate.

Funded through the U.S. Department of Health and Human Services’ Administration for Community Living, the Older Americans Act is the main way that the federal government provides funding to the aging services network including those provided by Jewish family and children’s services, Jewish community centers, and Jewish senior centers. Congress provided a modest increase of $60 million overall for the Administration for Community Living raising total funding to $2.34 billion (up from $2.28 billion in FY 2021).

The Department of Housing and Urban Development’s Section 202 program for seniors and Section 811 program for individuals and disabilities provide support for Jewish independent living, assisted living and group home networks. Congress provided a very substantial $178 million increase in funding for the Section 202 program or  $1.033 billion for FY 2022, up from $855 million in FY 2021, with $125 million specifically directed to service coordination. Congress also provided an increase of $125 million for the Section 811 program, or a total of $352 million for Section 811, up from $227 million in FY 2021.

The Emergency Food and Shelter Program, which provides shelter and other services to families and individuals encountered by the Department of Homeland Security, increased substantially to $280 million, up from $130 million in FY 2021.

By increasing funding for the EFSP, greater numbers of families and individuals effected by the continued economic impacts of the COVID pandemic and rising inflation will have greater access to emergency food, shelter, and related supports and services.

Since the passing of the historic Abraham Accords, Israel and its neighbors have seen a significant deepening of economic ties, innovation, and people-to-people exchanges. The Israel Relations Normalization Act is a critical affirmation that the greatest prospects for peace across the Middle East is through direct diplomatic relationships.

The bill directs the State Department to study and submit reports to Congress on how the U.S. can support and expand agreements normalizing relations between Israel, the United Arab Emirates, Bahrain, Sudan and Morocco. Jewish Federations have long supported efforts to improve the prospects for peace between the Israelis and Palestinians and the relationships highlighted in this bill demonstrate a model for strengthening that possibility.