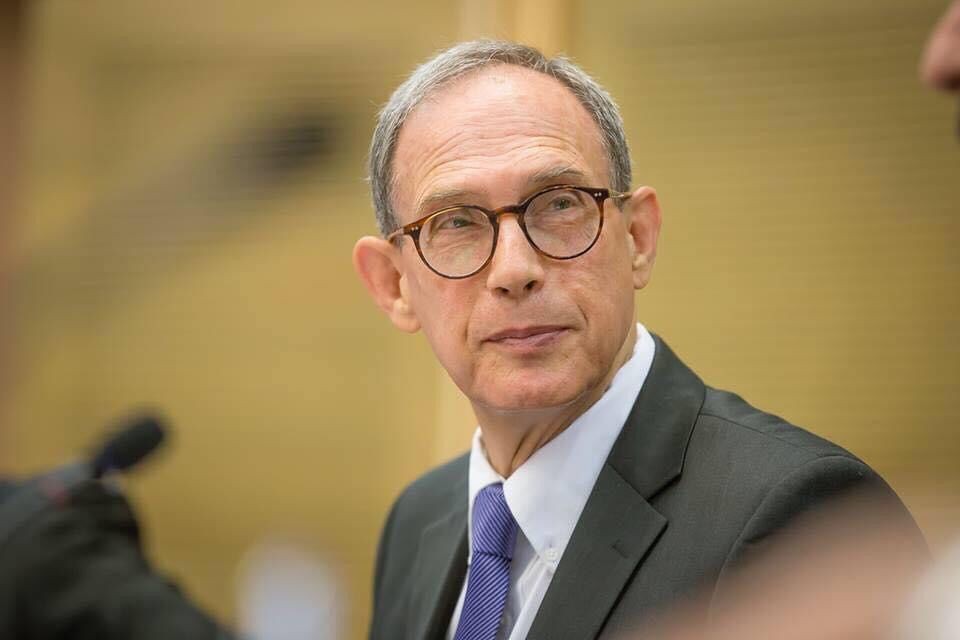 Diaspora Affairs Minister Shai: “We should be very careful about closing the borders”
By Ted Merwin

Israeli Minister of Diaspora Affairs Nachman Shai says Israel’s government should think twice before closing borders to tourists, a move that limited world Jewry and other faiths from coming to Israel as the latest Covid-19 wave took hold.

“I think that we should be very careful about closing the borders,” he told Jewish Federations in a recent interview, noting that he voted against the cabinet decision to restrict foreign entry to Israel in recent weeks.

“I was bombarded by scores or even hundreds of requests to come to Israel from Jews all over the world, including from Israelis who want to go home.”

The last few weeks have been difficult for Israel as it struggles to contain the latest Covid-19 outbreak, spurred by the advent of the highly contagious Omicron variant.

The latest closing of the Israeli borders included the United States, and has sorely disappointed many whose travel plans to Israel were disrupted yet again because of the continuously mutating coronavirus, alongside ever-changing rules on entry to the Jewish state.

Vacations were canceled. Birthright trips were postponed. Family members were once again unable to see their loved ones married or buried.

In a letter to Jewish Federations in early December, Prime Minister Naftali Bennett expressed sympathy with the difficulties the restrictions caused, and promised to address the issue as soon as possible.

“We are well aware of the pain being caused, and you have my word that we will do all we can to help Jews around the world visit Israel again as soon as possible,” Bennett wrote.

Shai, who served as Director General of JFNA’s Israel office before joining the Knesset in 2009, responded to Bennett in an open letter dated December 23, floating the idea of creating a special inter-ministerial team that would assist the government in developing entry policies for global Jewish communities.

“The voices of our sisters and brothers, Diaspora Jews, must be taken into account and be heard in the government. This is my personal and ethical obligation, the mandate I was entrusted with,” Shai wrote.

“For the first time in history, Israel has closed its door repeatedly to the Jewish people time and again, without taking into account the consequences of Israeli policy on the fabric of relations, on our future,” Shai warned Bennett.

“I call on us to find a framework which will allow us to lower the bridge, to connect. Not because we need to but because they are an inseparable part of us. Because we are one people.”

But in his conversation with Federations, Shai also noted the important factors affecting Israel as it battles the pandemic, emphasizing the country’s need to “keep moving and to keep the economy moving. We prefer to close the country rather than close down the economy.”

Israel’s economy is much smaller than North America’s, he noted, and it is heavily dependent on tourism.

Partly because of the loss of tourist income, which is now ten percent of what it had been before the pandemic, he said, Israel has lost 60 billion dollars over the last two years.

Israel’s budget this year was significantly larger than last year’s in part because the government decided to allocate more money for social welfare, especially during the pandemic. “We really need the tax dollars,” he said, that come from business activity, including those businesses that serve tourists.

Shai’s attitude was resigned but empathic.

“I know that there are many families that want to see each other,” he said. “It’s hard to tell them that the country is closed again and they cannot come. I understand them all. And as I said before, my personal opinion was different. But once the decision was made, this is the decision and we have to respect it.”