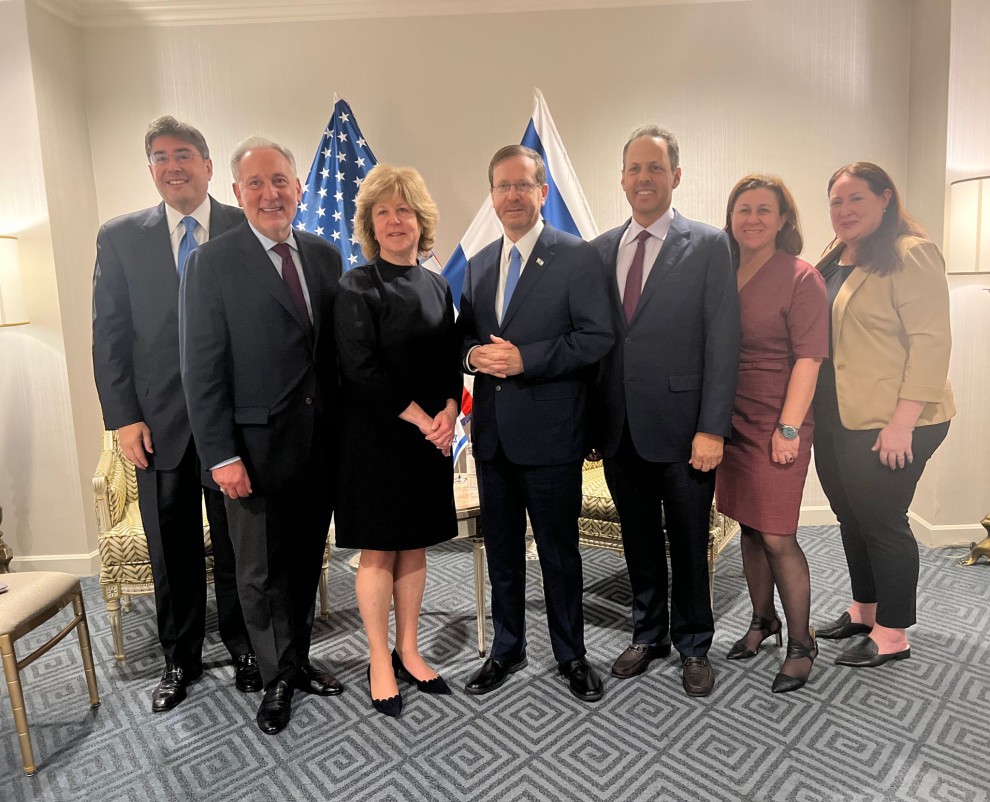 This morning in Washington D.C., Jewish Federations’ leadership met with Israeli President Isaac Herzog to discuss the organization’s upcoming General Assembly (GA), taking place from October 30-November 1 in Chicago, where over 1,200 Jewish leaders will come together to set the shared Jewish communal agenda in North America for the coming year. The Federation leaders briefed President Herzog on key issues that will be addressed at next week’s gathering and received his insights and perspective to bring back to the planning.

Representing Jewish Federations of North America at the meeting were Board Chair Julie Platt, Immediate Past Board Chair and Chairman of the Board of Governors of The Jewish Agency for Israel Mark Wilf, 2022 General Assembly Co-Chair Rachel Hoffer, President & CEO Eric Fingerhut, CEO of UJA-Federation of New York Eric Goldstein and Executive Vice President Shira Hutt.

Jewish Federations have been privileged to work closely with President Herzog in his role as the Chairman of the Executive of the Jewish Agency for Israel and now as President of the State of Israel.

“It is a privilege to discuss with President Herzog the complex issues facing the Jewish community and to hear his insights and perspectives on these challenges, as we prepare to gather for The General Assembly this week,” said Jewish Federations of North America Board Chair Julie Platt. “President Herzog demonstrates tremendous commitment to strengthening the Jewish people and the State of Israel and to building bridges between the North American Jewish community and Israel, and his love for the Jewish people is a source of motivation for all who know him.”

First held 90 years ago, the GA is the most consequential gathering of the leadership of the North American Jewish community.