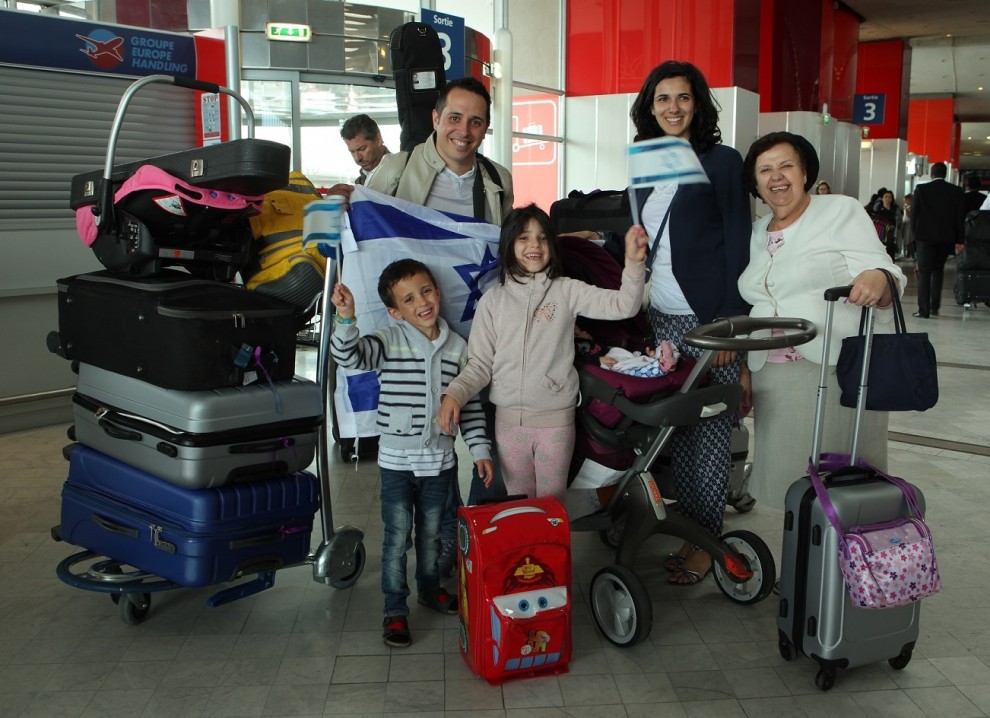 Tonite, 200 Olim from France are to arrive in Israel on a special flight chartered by the Federation-funded Jewish Agency. More than 3,000 French Jews are expected to make aliyah during July and August 2015—nearly as many as arrived throughout all of 2013.

PHOTO: French Jewish families about to immigrate to Israel at Charles de Gaulle Airport outside Paris on July 27, 2015. Photo credit: Jeremy Fournée for The Jewish Agency for Israel.