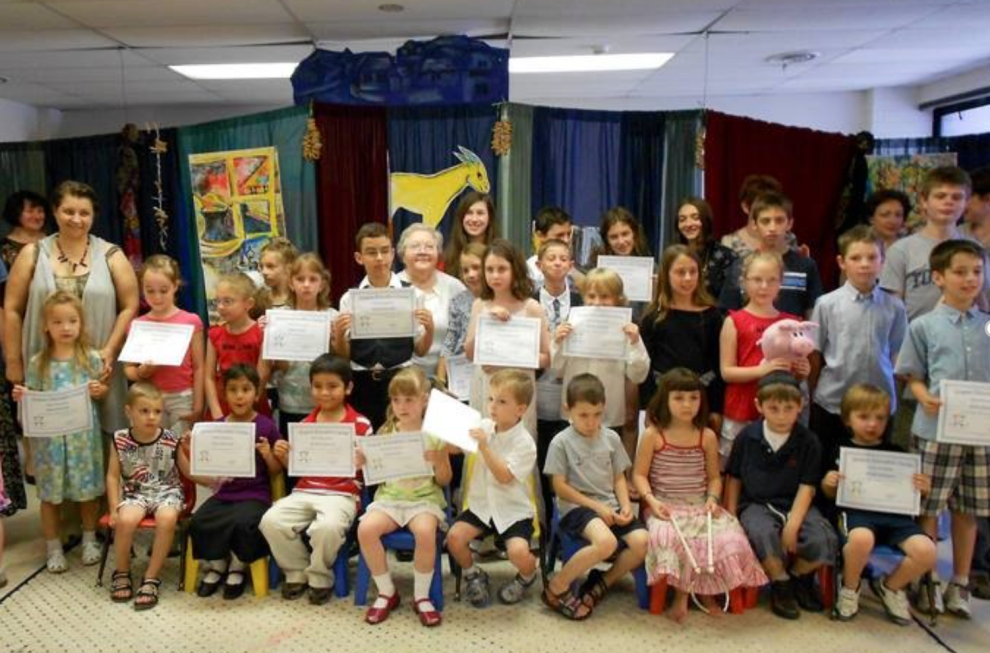 Above: Participants in a program at the Shalom Education Center

The Shalom Education Center in Rockville, MD, has been a center of Jewish life for Russian-speaking Jewish families since 2003. That’s when it was founded by Ella Kagan, a refusenik who wanted to provide her own community with something important that had been lacking: a joyful place where children could connect with their Jewish identities while learning about their Russian heritage.

Throughout her life in Russia, Ella faced covert antisemitism as schools, summer camps, colleges and organizations closed their doors to her. “If your passport says Jew, it’s the beginning of your troubles,” she said. “Your parents tell you from a young age that you have to work harder than anyone else to succeed.”

When Ella and her husband applied to leave Russia in 1982, their lives became even more difficult. And then they received permission to immigrate to the United States.

Within a month of their arrival in Boston in 1987, the legendary March on Washington took place in support of Soviet Jews. Buses from their new community were going to D.C., and thanks to support from the community, the Kagans were able to join. “Kids in the local Jewish school made lunches for us,” Ella said. “I was impressed, moved, touched — it was a historic event in my life.” The Kagans soon moved to the Washington, D.C. area.

Grateful that the American Jewish community had given her family so much, Ella decided that she wanted to give back by working for the Jewish community. In Washington, she got a job at a social services agency helping immigrants with resettlement. As she became intimately familiar with the Russian-speaking Jewish community, she figured out where she was most needed: “Someone was working with young adults to help them find jobs, someone working with the elderly, but no one was working with kids. American teachers and social workers didn’t know how to support this group of kids. I wanted to support them and teach them their parents’ and grandparents’ stories.”

Today, with the generous support of the Genesis Philanthropy Group, Shalom Education Center is a beloved institution, attracting families from across the D.C. area. Children and their parents gather on Sundays for classes in Russian language and literature, Hebrew, Jewish history, theater, art and more. A bar and bat mitzvah preparation class is offered in partnership with a local synagogue. Ella not only founded a school, she built a robust community around it. Although she has stepped down as director, she continues to be actively involved as a consultant.

Above: Watch an interview with Ella Kagan about her life.

Among the students who attended Shalom Education Center in its early years was Jenny Zuhl, whose parents Irina and Michael had recently arrived in Washington, DC. Both Irina and Michael grew up in Moscow, “not far from the synagogue, which we almost never attended,” Michael said. He had lots of Jewish friends, he said, but had never had any positive Jewish experiences. The Zuhls immigrated from Russia to Israel together in 1991, and after 10 years there, they decided to move to the U.S.

Their older daughter Maya chose to stay behind in Israel with her grandparents, but baby Jenny accompanied her parents. The family started out in New Jersey, and then moved to Washington. “We didn’t have any Jewish friends,” Michael said, “and it was difficult.” Then they found Shalom Education Center, which had recently been launched.

Jenny attended Shalom EC school for 10 years, creating a Jewish community for herself and her parents, and making life-long friends who understood her. After she aged out of the classes, she stayed on as a teaching assistant.

“This is what we were looking for,” Irina said. “Jenny started to understand her Jewish heritage. She learned Hebrew and Russian, she celebrated Jewish holidays, she had a bat mitzvah.” Jenny’s connection with her Jewish identity has endured well beyond her Shalom days. She was involved with Jewish organizations in college and has spent time in Israel. “She’s leading an intensive Jewish life thanks to Shalom school,” Michael said.

When the Zuhls’ older daughter Maya finished her army service in Israel, she came to the U.S. to join her family and study at the University of Maryland. She married, settled in the DC area, and had children of her own—and they are now students at Shalom Education Center. “Based on Jenny’s experience,” Michael said, “we understood that this school was the center for the community of Russian-speaking Jewish people. We were absolutely sure that our twin grandsons needed to have friends from Russian-speaking Jewish families, and be acquainted with Jewish traditions.”

Ella Kagan would probably add that there’s one more reason: “I believe it’s important because not only our children but their parents who are young, they have no idea of the history of the Russian Jewish people. This is the key to understanding their own identity.”