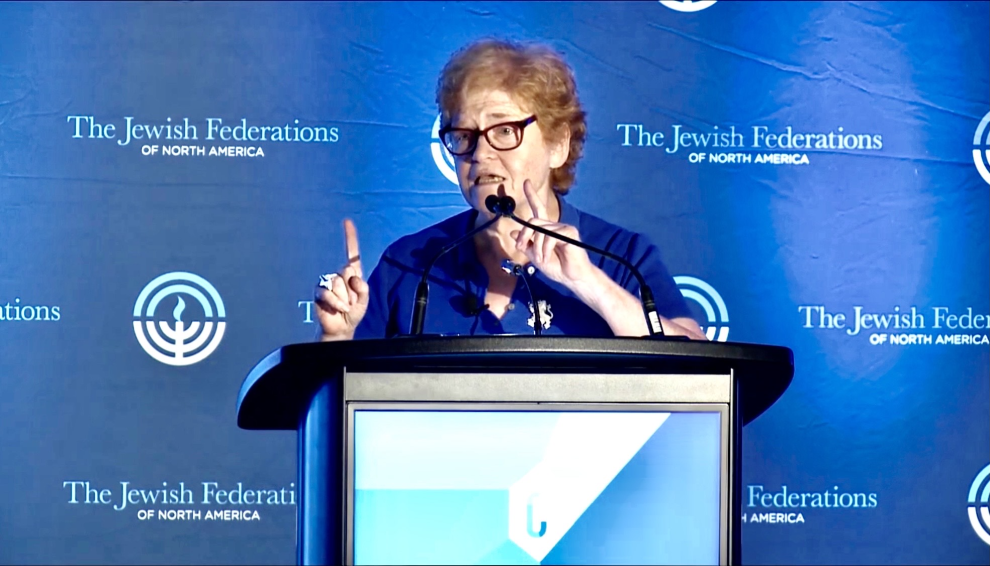 Former Lay Leader of the Jewish Federations of North America, Prof. Deborah Lipstadt, Selected as the Nation’s Ambassador to Monitor and Combat Antisemitism

Jewish Federations of North America are proud that Prof. Deborah Lipstadt of Emory University, a former member of JFNA’s National Young Leadership Cabinet, has been selected by President Biden to serve as the nation’s Special Envoy to Monitor and Combat Anti-Semitism.

“Jewish Federations have been at the forefront of urging Congress to pass the Special Envoy to Monitor and Combat Anti-Semitism Act , and we are grateful for the bipartisan leadership in the Senate and the House for elevating this key diplomatic position to an Ambassadorship,” stated Eric Fingerhut, President and CEO of JFNA.

“We applaud President Biden for selecting Prof. Lipstadt,” continued Fingerhut. “Naming a qualified individual for this position as soon as possible amid the surge in antisemitism has been a top priority - from our May 21 letter to the White House to the Day of Action Against Antisemitism virtual rally, and at our National Young Leadership Cabinet Fly-In to Washington, D.C. just last week.”

Antisemitic incidents have increased around the world, especially during, and in the wake of, the conflict between Israel and Hamas in May. Just this week, the carving of a swastika in the elevator at the State Department reminded us that antisemitism reaches into every corner of our own society, including the halls of our federal government.

Mark Wilf, chair of the board of JFNA, said “We are thrilled that Prof. Lipstadt, who is a longstanding Jewish Federation leader, has been chosen for this crucial role in leading the charge against antisemitism. We hope that her nomination will be confirmed. We would be honored to work with her in restoring a sense of safety and security to all the members of the Jewish community.”

Prof. Lipstadt, the Dorot Professor of Modern Jewish History and Holocaust Studies at Emory University, is not just the nation’s leading expert in the field of antisemitism, but she has rendered decades of service to the Jewish community as a tireless advocate against all those who assault Jews and Jewish history.

She has transcended the role of academic by taking on and ultimately defeating David Irving, a notorious Holocaust denier, in a British courtroom. She was appointed by President Clinton to the United States Holocaust Memorial Council and served two terms. She was the recipient of a 2019 National Jewish Book Award for her most recent book, Antisemitism: Here and Now.

Eric Fingerhut added, “Prof. Lipstadt’s academic credentials are second to none in the field of understanding antisemitism. More than that, she has been an indefatigable and intrepid combatant against the scourge of Holocaust denial in all its forms. We can think of no better candidate for the position of Ambassador to Monitor and Combat Antisemitism, and we call upon the Congress to confirm her nomination without delay.”