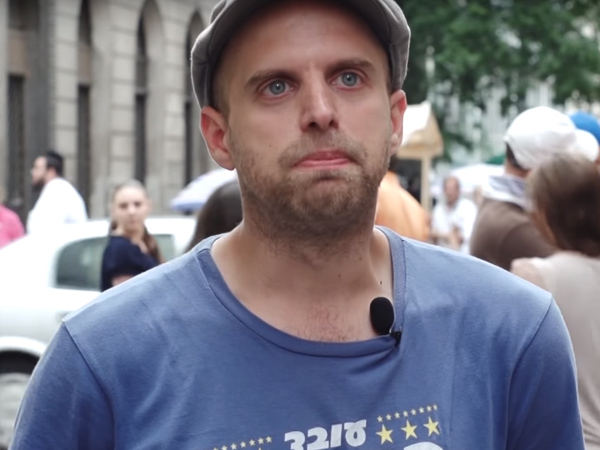 Jewish life in Hungary has long been fraught with difficulties. The rise of far-right extremism today reminds the 120,000-strong Jewish community of the oppression they faced under Communism in the twentieth century. “Everybody is worried. Only the blind are not,” says community leader Andras Borgula.

Far from a passive observer of disturbing trends, Andras—who only learned he was Jewish at 14—is on the front lines of leading a Jewish revival. “Once I learned what being Jewish was, I knew I had to try to bring that experience to others. I had to give something back.”

Building a Community through Resilience

A project of Federation partner agency the American Jewish Joint Distribution Committee (JDC), Judafest is an annual music and art-filled celebration of Jewish culture in the streets of Budapest. At its debut eight years ago, 3,500 people attended. Now it’s more like 10,000.

With anti-Semitism on the rise, Judafest has become the greatest opportunity to bring the entire community together, in public, as a symbol of Jewish pride and resilience in the face of intolerance. And with help from JDC, the festival has been successfully replicated in cities across a continent that is becoming an increasingly hostile place for Jews.

But Judafest remains unique. “This celebration of life is one-of-a-kind, and people know it,” Andras says. “I can’t emphasize enough how important it is for us, for Hungarian Jews, to have this day together.”

Despite the trying times facing his community, Andras describes himself as “unreasonably optimistic and desperately motivated” about making his fellow Hungarian Jews as passionate as he is about Jewish life.

He might say the same of JDC: “It’s simple: Without JDC, there would be 90 percent less Jewish life here. Not because JDC supports or gives the budget for 90 percent of our activities, but because JDC has built a reputation of helping people like me do the things we never thought we were capable of,” he says.