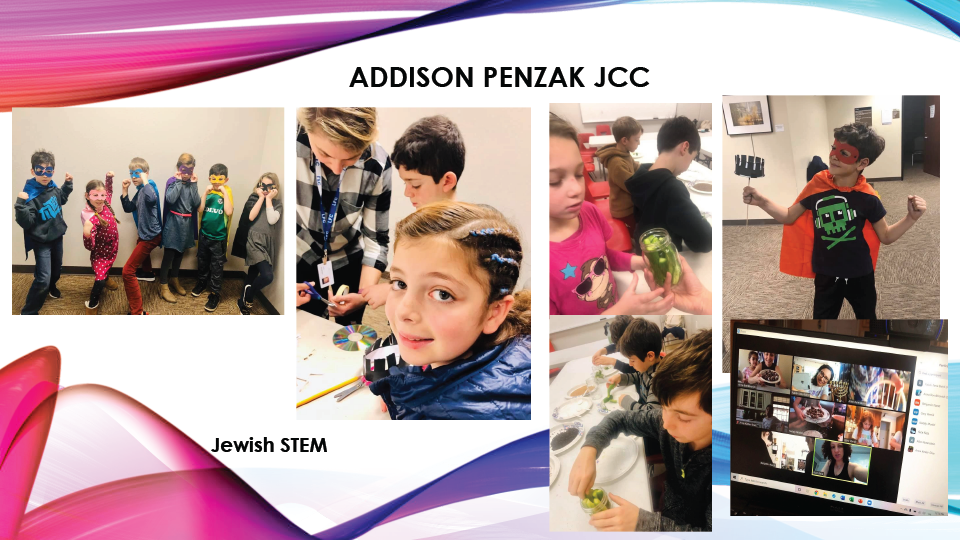 Above: Participants in a APJCC education program.

When Rabbi Ilana Baird arrived in Los Gatos, CA, the relatively large population of Russian-speaking Jews living in the area had no anchor to connect them with each other or with their Jewish identities. They were unlikely to join local synagogues, since their upbringing in the Soviet Union had made them fearful and suspicious of established religious institutions. Ilana changed that. Today, she runs a robust program for Russian-speaking Jews based in the Addison-Penzak JCC in Los Gatos.

When Ilana’s husband David Baird was two, the San Jose Mercury printed a photo of him posed in front of a “Save Soviet Jews” poster, accompanying a short article about a rally. While David and his parents were rallying in support of Soviet Jews, Ilana herself was growing up in the Soviet Union, one of the few Jews living in an isolated industrial city in the Ural Mountains. 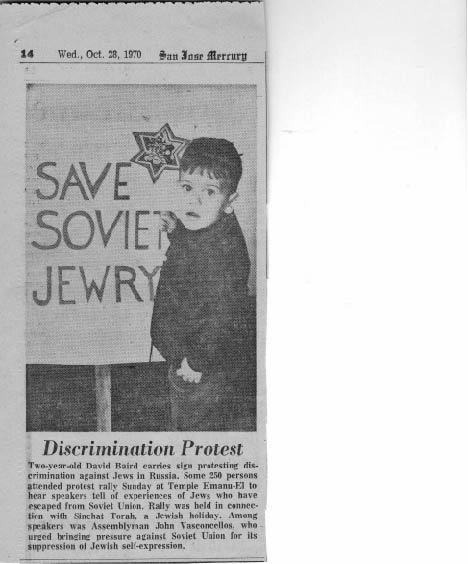 Above: A news clip from the San Jose Mercury featuring David Baird in a Save Soviet Jews poster.

She was 16 when the Soviet Union collapsed. Foreigners began to visit her city for the first time, among them representatives of the Jewish Agency who invited her to attend a Jewish summer camp. She began to learn about being Jewish, and what she learned made her feel excited.

Along with her mother, she began to rekindle Jewish life in her city. They cleaned out a synagogue that had been closed since 1926 and held services there. “On Friday night we did kabbalat shabbat together, with young people with guitar and songs,” she said. “In the morning, older people with old tallitot and siddurim came for a more traditional minyan. It was a very interesting time!”

In 1993, Ilana and her mother made aliyah. She met David while she was studying the history of Israel at Haifa University, and she went on to get an MA in the history of the Jewish people. “I knew I wanted to do something Jewish,” she says. “I had this passion to learn about Judaism and to pass on this knowledge.”

Exploring the synagogue scene in Haifa, Ilana discovered a Reform congregation that had a leadership group for Russian-speaking Jews, and became involved. “They encouraged me to go to HUC [the Reform movement’s rabbinical seminary] to become a rabbi, she says, “and I did. I became a rabbi!”

After her ordination, Ilana established a Reform congregation for Russian-speaking young people, called Shirat HaYam Carmel. Then in 2011, David’s career in high-tech called them to Silicon Valley so he could take a job as a software engineer at Google.

Having left her congregation in Haifa for a new home, Ilana looked around for something to do. Her passion for connecting people and “helping them find their Jewish spark” led her to the Addison-Penzak JCC, where she inquired about programs for Russian-speaking Jews.

No programming existed. “I asked, can I try? They said you’re welcome to,” she recalls. As a volunteer, she started a small program. Today, Ilana works full-time for the JCC, running a robust schedule of programs for the Russian-speaking Jewish community, with offerings for people of all ages.

With the generous support from Genesis Philanthropy Group, APJCC, and local sponsors, Russian-speaking Jews now come together to celebrate holidays, attend lectures and concerts, and engage in weekly Torah study with Ilana. Some of the larger-scale programs attract up to 300 people.

One of the signature programs is HEDER, a Hebrew school for Russian-speaking children ages 3-9. Older children, ages 10-14, can continue in Club Mitzvah. “These programs are the one thing that connects all those kids, because they would never be part of any official synagogue. My program is the only thing that keeps them Jewish. They learn about Judaism. They learn history, traditions, stories and holidays.” 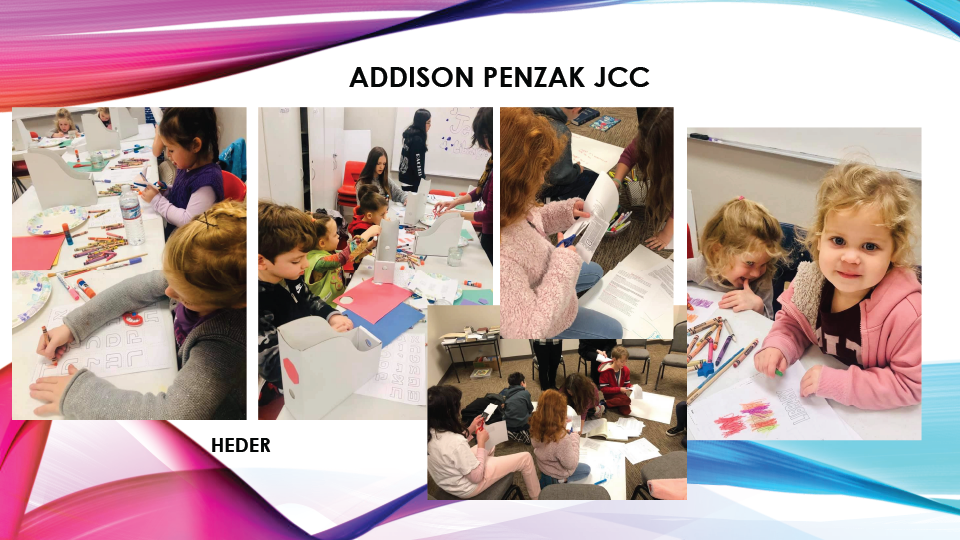 Above: Participants in APJCC's HEDER program.

Although their parents identify as Russian-speaking, David Baird points out, “these kids themselves are Americans, English-speaking, with their own unique background, experience, identity.” As they go on to high school and college, he says, “some get involved in Jewish life, some do not. Some take on leadership positions at BBYO and Hillel — probably the same percentage as any other group of Jewish teens. But none of them would have done it if not for Ilana’s programs.”

The community that Ilana started as just one volunteer now determines its own activities, driven by “a very strong advisory committee,” she said. The advisory committee runs fundraising efforts, and some of its members are also members of the JCC board.

“What Ilana has built has changed over time,” David said. “She connected people who may have lived here a long time, but never thought of themselves as a community. The community now drives itself — that’s one of its biggest successes.”

Although the community is not a congregation, Ilana does serve as its rabbi. “I often get called by my community members to do pastoral counseling, funerals and weddings,” she says.

“I see the community I built as Abraham’s tent, open on four sides. Everyone can come in through different entrances. Whether they come for music programs, mental health support, social activities, social justice, learning, or anything else — they are welcome, and they will stay for other things as well.”