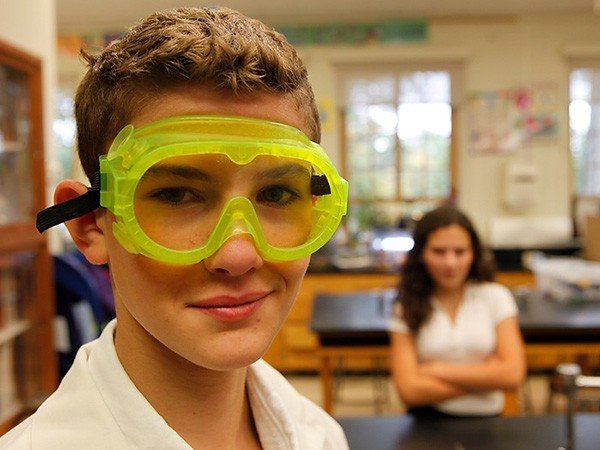 “Growing up as a Jew in the capital of Christianity is not an easy thing. You always feel different. But you also feel a part of something.”

For Shirel, Rome is not just history; it’s also her home. Jews have lived in the Eternal City for 21 centuries, through golden ages and ghettos, Fascism and freedom. But things are changing. And without ORT Liceo Renzo Levi — the city’s sole remaining Jewish high school, run by Federation partner World ORT — Rome’s Jewish future would be a lot less certain.

The Engine of Jewish Life

Alumni of the Liceo Renzo Levi make up the heart of Rome’s 15,000-strong Jewish community. In fact, nearly every Jewish communal professional and lay leader in the city calls the school their alma mater.

“Each time I go home, I find a new synagogue, new kosher restaurant, and more and more Jewish nonprofits,” says Shirel. “I think the school is playing an important role in this communal project.”

Liceo Renzo Levi helped alum Daniel Bedusa find his passion for Jewish life. “My Jewish identity was forged at that school,” he remembers. “My family is from Libya. They fought for generations to keep this identity, and I want to hold onto it for the next generation.”

He also learned to follow his own path. While a lot of fellow students went into law or real estate — in his words, “BORING!” — Daniel now runs his own design and communications studio in Rome. His inspiration? Liceo Renzo Levi’s teachers, who “always encouraged me to do what I loved.”

With jobs scarce and the economy struggling, not every Liceo Renzo Levi student stays in Rome. So the school works to provide connections to Jewish life wherever graduates find themselves.

Like other World ORT schools, Liceo Renzo Levi offers a high-quality STEM education. Shirel, then a budding researcher, seized the incredible opportunity to work with Rome’s leading scientists, including a Nobel Prize recipient, while still in high school. “Even though I was only 16, I was able to take an active role in the research,” she says.

The school later helped her attend a prestigious summer science program in Israel, where she got hooked on life in the Jewish State. She went on to graduate from the Technion and is now a program manager for the Israeli Air Force.

Though she’s now an Israeli, her heart has never left Rome. “Thanks to the education I received by my parents and school, I can proudly say I have a strong European-Jewish identity. Professionally, I owe everything to World ORT.”