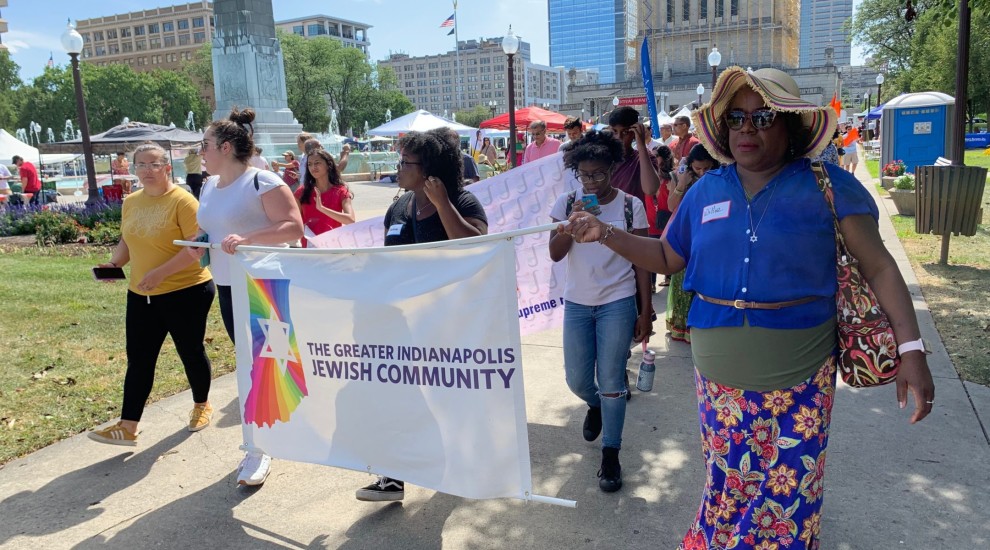 Above: Jews of color were among those representing the Indianapolis Jewish community at the annual Festival of Faiths to celebrate the diverse religious landscape in central Indiana. (Indianapolis JCRC)

When the protests over the police killing of George Floyd spread throughout the United States this spring, the moment served as a wakeup call not just for the country but for American Jews.

Very quickly, leading Jewish institutions realized that the issue of racial justice wasn’t just about how to relate to and help communities of color, but also about what needs to change within the Jewish community, where Jews of color are an increasingly sizable yet underrepresented American Jewish constituency.

When the leaders of the umbrella organization that unites the 146 Jewish Federations across the country looked around its table, they realized this key voice was missing. Jews of color were too rarely counted, heard, supported or seen.

“We recognized that we did not have at the table in our professional leadership someone whose orientation is connected both Jewishly and in the African-American community,” said Eric Fingerhut, the president and CEO of the Jewish Federations of North America.

By mid-June, under an announcement titled “On racial justice, we can all do better,” the Jewish Federations announced the hire of Rabbi Isaiah Rothstein, who grew up in a multiracial Orthodox family in Monsey, New York, as its first ever “Rabbinic Scholar and Public Affairs Advisor.”

“I see myself as a code switcher,” said Rothstein, “as a bridge builder who knows how to modify language and approach different communities.”

Rothstein, who received his rabbinic ordination and a master’s degree in social work from Yeshiva University, has ambitious goals: to facilitate conversations at the national and local levels about creating a flexible framework for racial equity; to lead considerations of race relations both within and outside the Jewish community; and to brainstorm how to strengthen them through public policy.

He also heads up efforts by the Federations and local partners to consider how they can become more inclusive and welcoming to Jews of color.

“We need to recognize internally in the community that we have a multiracial, multiethnic experience,” Rothstein said. “There’s a field of leaders in the Jewish community that are black and brown and Asian and Latinx that have been involved in social equity work for decades. Reminding each other that this is not a new phenomena — my parents have been married for almost 40 years. Mixed-race families today struggle to find their place in the broader Jewish community, and so much of what I see as my job is how do we collaborate and create a sense of a movement we’re all a part of.”

That question is now driving Jewish communities nationwide as they simultaneously seek to bring more representation and racial and ethnic diversity to the table and forge stronger relationships with communities of color.

“The challenge for all of us right now is how you move away from allyship to a state of self-interest and skin in the game,” said Jackie Congedo, director of the Jewish Communities Relations Council in Cincinnati. “We have to be invested in building a society that is fair and just because of what it means for us. And not in a way that is only about us. That’s the only way to build a truly diverse, robust, intersectional movement that can tackle these issues in a transformative way.”

The Cincinnati JCRC is already involved with criminal justice reform, efforts to fight voter suppression and gun safety. Now it’s creating an institute that brings together 25 of the city’s leaders to work as allies in combating anti-Semitism, racism and extremism of all kinds.

It has started a civic engagement arm called Le’Shem Cincinnati (Hebrew for “For the sake of Cincinnati”), which has hosted events where people can socialize and discuss social issues like reproductive and LGBTQ rights. It recently introduced the Jewish Cincinnati Civic Engagement Council, which brings congregations together with other organizations to drive grassroots engagement on social issues. And the JCRC has partnered with the NAACP and the Urban League to work on bail reform — all while learning how to listen better.

“We’re working to center the voices, the experiences, the needs of Jews of color, Black Jews and non-Jewish members of the Black community as we think through how we process this moment and what it calls for,” Congedo said. 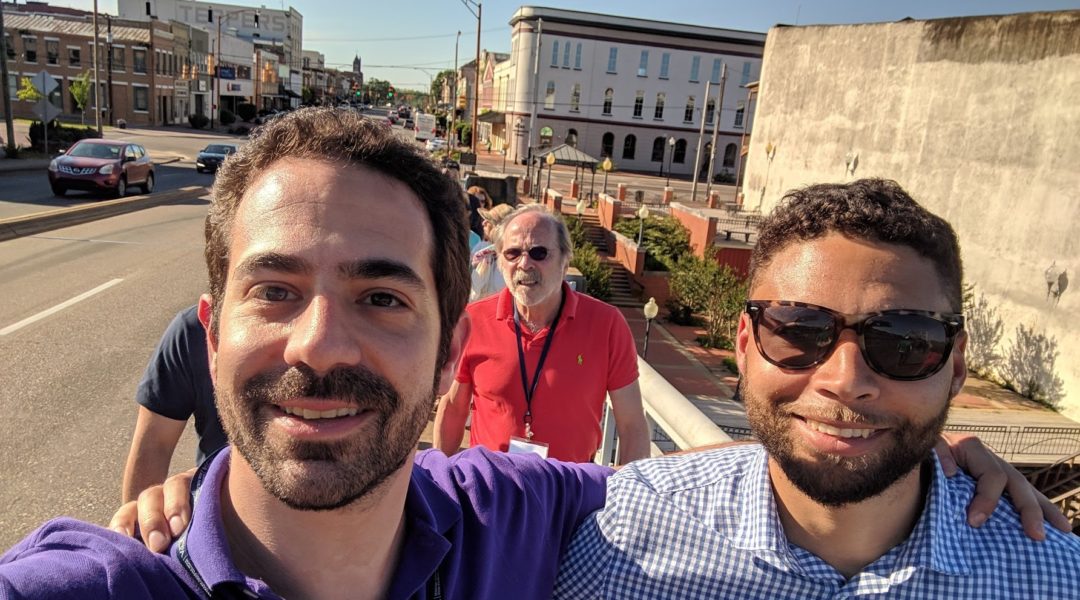 Josiah Gilliam, left, of Pittsburgh’s My Brother’s Keeper, and Josh Sayles of the city’s Jewish Federation march together across the Edmund Pettis Bridge in Selma, Ala., April 2019. (Josh Sayles)

In Pittsburgh, the Jewish community’s experience of being embraced by other communities after the deadly 2018 shooting at the Tree of Life synagogue also woke them up to the pressing needs of communities of color.

“The conversations we had with Black community partners which weren’t entirely about triaging the needs of the Jewish community were like, ‘We’re so glad to help the Jewish community, and we have young Black men dying in our streets from gun violence and in low-income neighborhoods several times a week and nobody’s doing anything,” said Joshua Sayles, director of the Jewish Federation of Greater Pittsburgh’s Community Relations Council.

That wake-up call spurred the 412 Black Jewish Collaborative, a consortium of 30 young leaders where members come together for discussions and events on race and identity. This spring they were set to hold a Freedom Seder, a Juneteenth program and other events that were canceled because of the pandemic.

After Floyd’s death, the group co-authored a mission statement asserting its commitment to Black and Jewish goals.

As Jews and Jewish institutions have become targets of violence in recent years, the community’s security arm, the Secure Community Network, has strengthened its partnership with law enforcement to monitor threats to U.S. Jews. Michael Masters, director of the Secure Community Network, says the community now has an opportunity to use its relationship with the police to press for social justice.

“How do we leverage that relationship with law enforcement to make sure that we are using our voice to articulate our values as a Jewish community, to ensure that our institutions reflect those values and that they are open and welcoming?” Masters said.

It’s a delicate position for a community that relies on police for safety to simultaneously accommodate, support and welcome those who see police has a threat. Yet it’s critical to ensuring that individuals of all colors and backgrounds feel welcome when they’re in Jewish institutional settings, said Lindsey Mintz, the executive director of the Indianapolis Jewish Community Relations Council.

“All of our institutions are diverse communities — whether the JCC, assisted living or nursing homes,” Mintz said. “The clients and residents and members are diverse and need to feel safe walking into a building that maybe had a bomb threat or dropping off their kids at day care.

“But we also have to stop and ask, ‘How does it feel to see parked police cars at every entrance and armed police officers at the door?’ That’s some of the thoughtfulness that we need to bring to the Jewish community.”

Fingerhut said, “Unless people of all races, creeds and ethnicities feel safe and respected, ultimately our society is not going to be the successful society we all want it to be. So we have to learn, we have to listen, we have to build new relationships and we have to work as constructively as we can.”