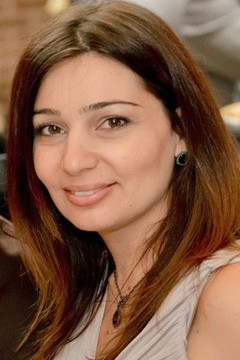 Olga Abezgauz was only 10 when she immigrated to America—a world away from her hometown of Chelyabinsk, Russia. Almost overnight, she and her family were transplanted to a radically different place, where people spoke a language they didn’t understand. They knew restarting their lives from scratch would be tough. But thankfully, Federation was there to help.

Federation provided Olga’s family with an invaluable network of support to ease their transition. Loans covered their first month’s rent, and Federation stocked their home with basic necessities like kitchenware and groceries. A dedicated career counselor helped Olga’s parents find jobs. And when her parents attended free English classes, Olga explored her Jewish heritage every Sunday through free programs at the JCC.

“We soon realized that we were not alone,” said Olga. “The adjustment process was not easy for my family, but it would have been much harder without the Jewish community’s help.”

Since the 1980s, Federation has assisted hundreds of thousands of Jews from the former Soviet Union—Jews just like Olga’s family—as they establish new lives in North America and reconnect with their Jewish identities. Bilingual summer camps for children, Russian-speaking social workers for the elderly and initiatives linking Russian and other Jewish populations have helped their communities flourish.

After attending a Federation-funded Taglit-Birthright Israel trip in 2001, Olga became a leader at her college Hillel. Later, she co-founded a Federation division in her home city focused on Russian-speakers.

And with the leadership of people like Olga, Russian Jews will continue to be an integral Federation community for years to come.