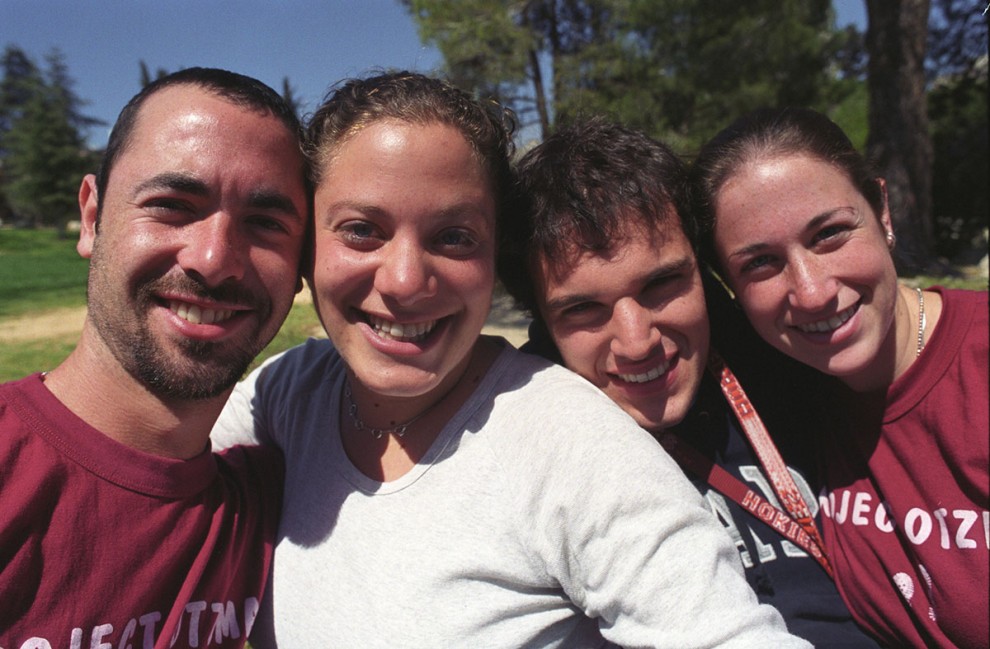 Among themes our Jewish Education & Engagement department is looking to explore is: What are the new institutions and approaches needed to build 21st-century Jewish life? We have already shared our own perspective on this engagement business, what Federations are doing in this space, and why it matters. Here, we turn to Jay Sanderson, president and CEO of The Jewish Federation of Greater Los Angeles, to explore similar ideas. In conversation with Beth Cousens, associate vice president for Jewish education and engagement at JFNA, Jay touches on why engagement is a top priority in Los Angeles, what it means for Federations’ traditional roles, and what 21st-century Jewish life can look like when we lead the way.

Beth: Let’s start with the basics. Talk about what you mean by “engagement.”

Jay: Jewish community was based on two principles that have not translated forward. One is that every Jew needs to connect to an institution. And the second is that we, the organized Jewish community, define what engagement means.

As Jews have assimilated as Americans and become successful, and as the world has simultaneously become more global, we have seen that those two premises are not successful strategies to build community.

We have to create a value proposition that encourages Jews of any age to feel that being Jewish and doing Jewish adds value to their lives and makes them feel fulfilled. To feel like they’re participating in something great — and not just going through the motions or doing what their parents or grandparents have done.

Beth: Does this apply to any populations in particular? To everyone?

Jay: The truth is we need a strategy to connect with every Jew no matter where they are in life. In L.A., we try to engage a Jewish life from the beginning all the way until that individual becomes a parent, and beyond.

We have identified two cliffs — symbolic cliffs — that young Jews fall from, whether they’re in the community or not. One is right after a bar or bat mitzvah, and the other one is after college graduation.

We have honed in on the demographic of Jews in their late teens, 20s and 30s, and those in their early 40s because we believe that, frankly, it's the place where you can see the greatest impact in the shortest time frame. When young Jews graduates from college, they begin to make the most central life decisions that affect the rest of their lives — where they live, where they work, who their friends are, and who they'll be in relationships with. If we can have an impact on young Jews at that point in time, it will enhance their Jewish lives and make it easier for them to engage Jewishly for the rest of their lives.

Beth: Can you talk more about relationship-based engagement, specifically? Why does the relationship part matter?

I don’t believe in 2017 that you can create community first and then create the connection to the individual second.

Beth: You have to start with the individual. So, what is the meaning of this conversation for Federations? What is a Federation’s role in engagement?

Jay: In Los Angeles, we believe our number one job is to sustain and build the Jewish community. If that's our job, then we have to own our role as community builders. We can't do this work alone. We need partners to do this work.

In Los Angeles, we have a phenomenal partner, JQ International, that focuses on the LGBTQ community and brings something unique to this story. But they are dealing with a micro-community, so there needs to be a glue — something at the center of this work — an organization that can speak to every facet of community and bring every micro-community together. That's the role of our Federation. We believe that at the end of the day, the Jewish community and everything else that we care about will fall apart if we don't act as the glue.

Beth: Say more about leadership, then. What does it mean to be this “glue,” the “center”?

Wherever something doesn't exist, we have to create it. But that doesn't mean we have to own it forever. We created NuRoots because there wasn't a communitywide effort to reach the most disconnected, disaffected Jews. We built an enterprise that has dozens of partners, but is housed in the Federation, staffed by the Federation, and funded by the Federation. (Note: NuRoots is a growing collective of people in their 20s and 30s building meaningful community across Los Angeles. Working in collaboration with young people and inspired by Jewish culture, heritage and values, NuRoots brings people together to reimagine Jewish life through creative experiences and gatherings.)

Since we don't see ourselves as an organization that’s an umbrella of our beneficiary agencies and whose primary function is to raise money and then give that money out, it’s natural for us to create and host our own programs. Right now, 40 percent of the work we are doing in all areas is work that our Federation initiated and implemented. We are finding that it is very meaningful and empowering for our partners to know that we’re not just writing them a check, but that we’re rolling up our sleeves and rowing the boat with them. In addition to our own direct programming, we are providing resources and technical help to our other partners to build everyone’s capacity.

We don’t see partnerships as individual relationships. Every partner that we have in this work understands that part of their role is to collaborate with others, and participate, support and create new partnerships. There are never going to be enough people or resources to do this work. We all have to make one-plus-one look like not three but like five. We do that by sitting at the same table. And then individually and collectively, we decide what we are going to accomplish and what everybody around the table needs to be successful.

Jay: In my very first interview to express my desire to do this job, I laid out the basic principle of a transformed Federation for the 21st century — a Federation that first and foremost sees its role in the community differently. Once we see ourselves differently, all the work changes based on this new mission.

Some people see change as threatening. I’m not talking about change — I’m talking about transformation. It was easier to do this in Los Angeles because we’re a relatively new Jewish community. We don’t have the same sense of history that other Federations have. The lay leadership understood that in this new Jewish community that we were building, we needed to see our role differently in order to be successful. That’s where and how it started. We then went out about writing a plan, setting priorities, reimagining everything we did and how we did it, and bringing in exciting new leadership — professional and lay — that not only believed in this vision, but were also capable of implementing and realizing it.

Beth: What are the implications of the engagement agenda on the fundraising agenda?

Jay: Right now we are raising more money than we did before we started. But we recognize that you have to sell this to your community and to its greatest donors. You have to explain to them and show them that what we have to offer here at the Federation is something you won’t get elsewhere. Our average donor is closer to age 65 than 35. You explain to them that if they care about the future of the Federation, they have to buy into this strategy. We need to get folks to care before they give. If you care before you give, you will give and give more. It’s the transition between legacy giving and passion giving. And you need the legacy givers to keep the doors open long enough to create enough passion givers to sustain you in the long term. So, you have to do both.

Usually what happens on the first date is we meet the person and we ask them to marry us, right? There’s no courtship. There’s no learning about the other person. So much of the historic young adult engagement has been about getting the gift from the young person, which we see is not sustainable. The most meaningful relationships are ones where both partners know each other well and care about what each other cares about.

And that goes for the fundraising here. We engage young adults where they are. We invest tremendous resources in the people that are frankly the furthest out in terms of the concentric circle, knowing that it’s going to take the longest amount of time to get those commitments. But I believe that when I’m no longer running the Federation — 10, 15, 20 years from now — we will have a dramatic increase in the number of donors and in total dollars raised. We have to tough it out for 10-20 more years, relying and bringing in more new donors who believe in this exciting vision. Turn more legacy givers into passion givers and build the bridge between today and tomorrow, and then FRD will work itself out. We are seeing that work in Los Angeles in terms of turning legacy givers into passion givers on the top end and the older end. People are buying into this marathon, but we’ve got to be patient with new donors and younger donors. They will give — and they will give generously when they feel connected to the community and understand the role Federation plays in that connection.

Beth: What didn’t we talk about?

Jay: If we don’t focus first and foremost on building community, even ahead of raising money, there is not going to be a Jewish community. We have to look at the trends, like Apple did. They understood that they needed to be more consumer-centric. We need to be more focused on the individuals around us to build stronger communities. I think that instead of seeing other communities as different, I think we all need to see the similarities we have and the trends that are in front of us — and figure this thing out together.