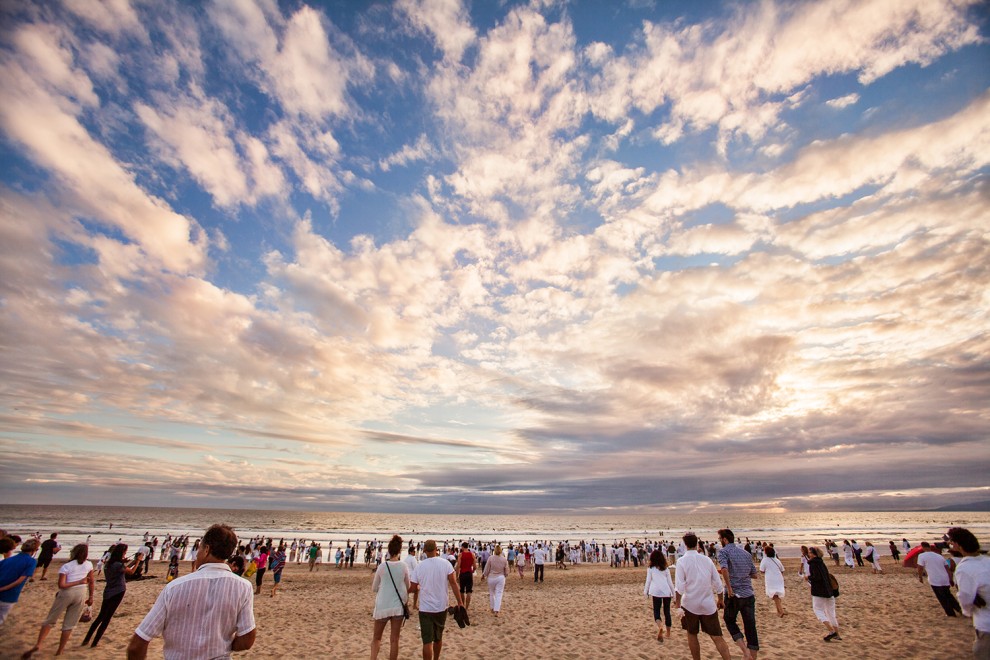 Tilly Shames is the Executive Director of Hillel at the University of Michigan and has been with that team since 2008. She has been part of the Hillel for almost two decades and worked with Jewish students in a variety of settings.

Marcia Falk, in The Days Between, talks about time as lines and circles. As a line, we consider how time moves forward, and we look back when we think about the past. She writes, “We count the years of our lives from zero to the end. We count the days of Rosh Hashanah to Yom Kippur: ten.”

I love considering time as an image of a line. A few years ago, jewelry in the shape of an arrow started popping up everywhere and I was so drawn to the image, movement and message. It reminded me of my uncle’s “STR8 AHED” license plate and approach to life – always looking ahead with an eye to the future without distraction, no turning back, just pushing forward.  To me, that line of time is continuously moving in that forward direction, but it doesn’t necessarily remain level. And perhaps it moves at different speeds. But it is in constant motion, holding the excitement and anxiety of what the next step will bring. And along with it, any number of choices that will work towards determining what that next step is, and the next.

But there is another way that Falk looks at time. She continues, “But we also measure time in cycles – birthdays and memorial days, monthly and yearly holidays, the weekly return of the Sabbath. Spring and fall, and spring again. And we count cycles not from beginning to end but from beginning to beginning. Season begets season, month begets month, day begets day, without pause. No sooner has a year begun that we start counting the days until the next New Year.”

Somehow, I also find this image so compelling, perhaps even more than a line or arrow. Time in a cyclical motion. It’s not one linear motion stepping towards some final end, but a series of cycles that we go through, marking events as we go around, with each pass marking not an end but a beginning. In this image of time, there is still a constant movement forward. But what is different is that it feels like it is less of a step carving into the unknown, and, instead, a step continuously moving forward to what is familiar.

It is during the High Holidays when we take the time to take stock, check in with ourselves, and see who we have become in the past year. We return to this moment each year, but we do not return the same. As we know from our time as students, we may return to a new beginning, but we don’t return the same each year. It’s not a full circle with a completed end, but rather it is a cycle, that doesn’t quite make a closed loop. Perhaps it looks more like a spiral or a coil, a continuous growing at each pass around. Both images in fact, the line and the coil, they both signify growth to me. I think the reason why I ultimately find the coil to be more compelling than the line is because there is a grounding feeling to returning home, or to God, or to ourselves as we mark this moment of the beginning of the New Year. Perhaps time as a line is scarier to me, because there’s no way of knowing it’s going on the right path. A coil provides the comfort of coming back to the familiar, yet we are changed. It’s a chance to consider who we were the last time we came around that curve to the last beginning, and reflect on the growth since the last time we passed this time or this place. One is no doubt changed. There is no returning to the same point as the same person. That cannot be possible after a year of choices and growth along the way. There is familiar, but there cannot be the same.

With each choice that we make and each step in the path along the coil, we are growing and constantly becoming who we are to be. According to Rabbi Alan Lew, “We are constantly becoming, continuously redefining ourselves. This doesn’t just happen on Rosh Hashanah.” Our lives are intended to be lived in this constant motion of becoming who we are. When Moses asks God what he should say his name is, God says, “Tell them ‘I will be what I will be’.” What a radical notion that God too is on a journey of becoming! Rabbi Toba Spitzer writes about this declaration of God’s name, “What kind of a name is that? It's not exactly a name at all. Maybe we can imagine it with three dots following it: "I will be...." - many things to many people. I will be...understood and experienced in lots of different ways. I will be...that very power of possibility that this name implies.”

During Rosh Hashanah, we are said to be awakened by the sound of the shofar. That first blast, the tekiyah, is intended to wake us from our slumber and call upon us to reflect on our actions of the year. But it is also a grounding. Tekiyah comes from the word Tekah, which means firmly planted. Grounding ourselves in this familiar passing into the new beginning of the New Year. Each series of blasts, in fact the entire holiday from Rosh Hashanah to Yom Kippur, is bookended with tekiyah to tekiyah g’dolah. The tekiyah gedolah calls us to look forward with hope for the promise of what the New Year holds. Perhaps, contained in that last, long, lingering blast, is the power of possibility.

What would it look like if we brought the sound of the shofar with us into the new year, keeping the spirit of Rosh Hashanah with us always? What if the lingering sound of that final tekiyah g’dolah stayed with us into the year, that we continued to hear it as a reminder of all that we had hoped for this coming year? The further away we get from the sound, the deeper we step forward into our year, the more the sound of the shofar will fade into the distant past. But then, we will hit our halfway mark. And the sound of the tekiyah to come, to awaken us, will begin to get closer, as is will our awareness that the end of the year is coming closer and closer. The shofar is a constant reminder of the passing of time. How would we feel with this awareness? More alert? More active? More urgent? More afraid? More comforted by the return back around the cycle to the familiar? How would we act if we were always consciously aware of time’s passing?

What I wish for us all on this Rosh Hashanah is that we use this time to awaken our spirit, to ground ourselves in the familiar of this holiday, of its sounds and its calls, that we take time over these next weeks and the busyness of the new year to just stop, and breathe, and reflect on how we are going to continue becoming our best selves this year. What I wish for you is that you strive to become your own unique expression of the “power of possibility” in this New Year. Shana Tova.