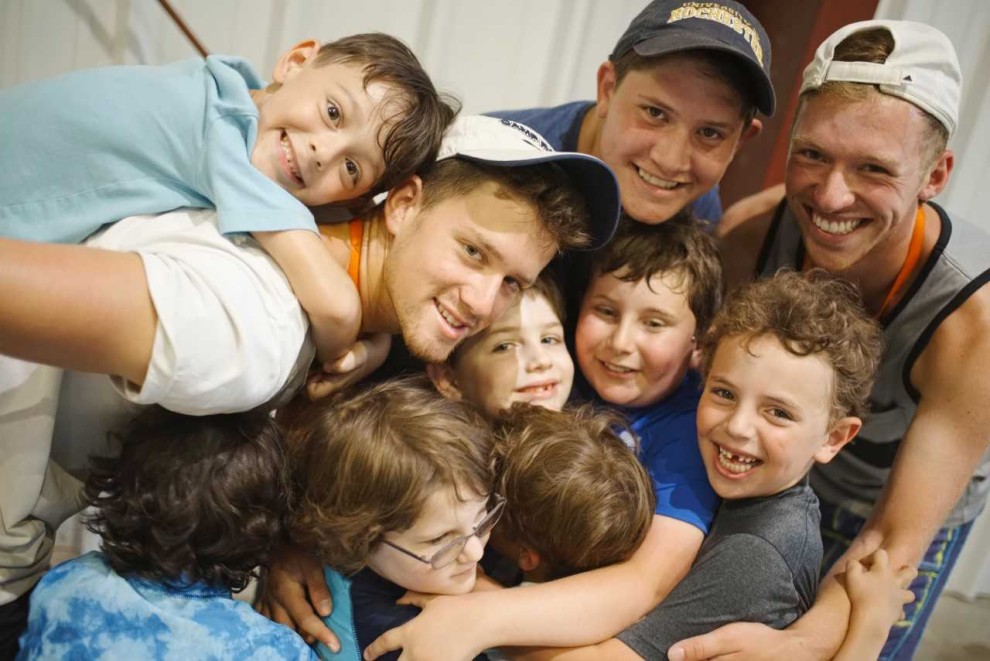 Jenni Zeftel is the Director of Day Camp and Strategic Programs at the Foundation for Jewish Camp. She came to FJC in 2017 after a six year tenure at lower Manhattan’s 14th Street Y. At the 14th Street Y, Jenni grew from her original role as Assistant Director/Program Coordinator of the Y’s largest Jewish day camp program, New Country Day Camp, to Director of New Country Day Camp, to Director of Summer Programs, and then to Director of Youth Programs overseeing all program departments serving ages 5-18. Jenni holds a Master’s degree in Early Childhood Education from Hunter College. Jenni is passionate about “Open Tent Judaism” a platform she helped to develop at the 14th Street Y used for building Jewish identity while celebrating diversity and inclusion
As Director of Day Camp and Strategic Initiatives at Foundation for Jewish Camp (FJC), I’ve had the unique privilege of visiting Jewish day camps across the country that span the spectrum of Jewish life: JCC programs, independent camps, synagogue camps, and more. I’ve been delighted by what my travels have revealed, but not all that surprised: day camps are operating with increased intentionality toward fulfilling unique Jewish missions, and are particularly effective at engaging families with young children.
As a former Jewish day camp director myself, I know firsthand the huge impact that Jewish day camp has on ensuring a bright Jewish future. The research of Dr. Judith Samuels confirmed my beliefs when it unearthed that Jewish day camp possesses, in her words, “exceptional opportunities to engage campers in early childhood” as well as an “ability to shape whole families,” not to mention “great potential to influence the lives and Jewish futures of young staff.”
If I were to share all the incredible intentional, joy-filled, and impactful Jewish moments I’ve observed over the years at day camp, this piece would never end. Here are a few examples from my travels in 2018, just to illustrate the amazing Jewish experiences and connections Jewish day camp can foster:
I can’t wait to see what’s in store for Jewish day campers, families, and staff in Summer 2019 – and beyond! Clearly, Jewish day camp has just as vital a role to play in Jewish life as Jewish overnight camp. Rabbi Ramie Arian's 2018 report on intentional day camps not only corroborates this fact, but argues  that Jewish day camp has reached a pivotal moment similar to that of Jewish overnight camp in 1998 – a moment in which the effectiveness and potential of overnight camp was impossible to ignore.  Arian writes of this time that “the Jewish philanthropic world noticed that Jewish overnight camp had great educational potential, and could be effective in building Jewish identity and commitment in young people, and that as then constituted, Jewish overnight camps missed a great many educational opportunities because of a lack of resources.”
As Arian points out, the success of Jewish camp was amplified when the following two events occurred in succession: 1) the Jewish community recognized the astounding and as-yet unrealized potential of Jewish overnight camp to enhance Jewish life, and 2) Jewish philanthropists flooded Jewish overnight camp with support and resources that resulted in (as Arian writes) a “mutually reinforcing cycle of Jewish enhancement.”
The findings of both Arian and Samuels – as well as the firsthand experiences of those in the field – signal that we have indeed arrived at a pivotal moment for Jewish day camp in which we recognize its astounding and as-yet unrealized potential. The future will be determined, however, by how we respond. Will we come together to answer the call and ensure Jewish day camp’s success with our support, as we once did with Jewish overnight camp? I certainly will, and I invite you to join me.
Federations have been such amazing partners to FJC in promoting and supporting Jewish overnight camps, and I know there’s no limit to our potential impact if we come together to support Jewish day camps. Together, we can ensure the best experience possible - be it day or overnight camp- for all the campers, families, and staff who seek out the magic of a summer (or a lifetime) spent at Jewish camp.
Share