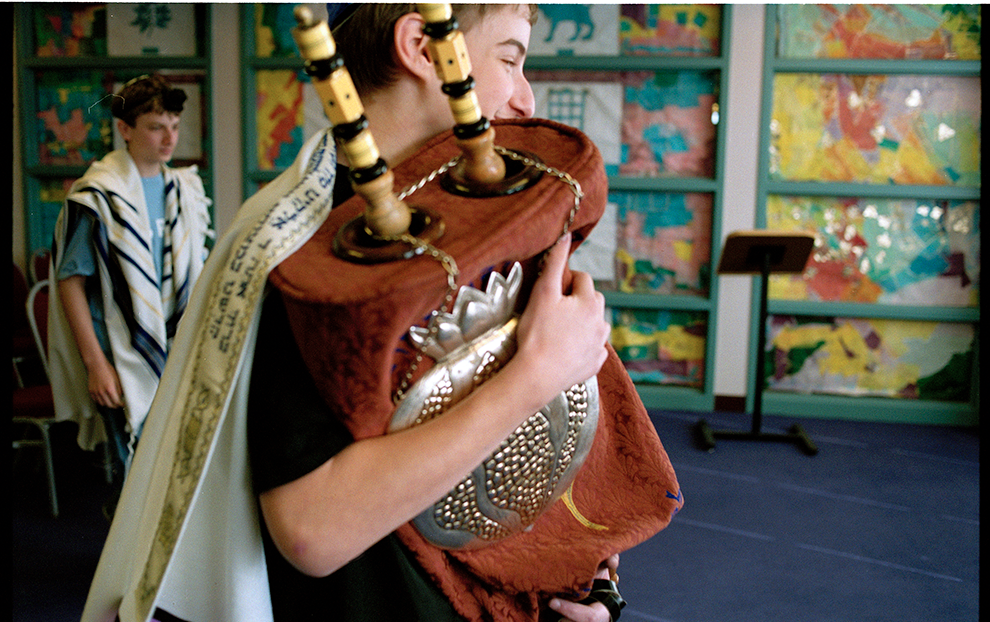 How do we build inclusive communities? We’ve been taking a closer look at this question and our work in inclusion through a series of webinars and blog posts. In this week’s blog post, Robert Lichtman, chief Jewish learning officer at the Jewish Federation of Greater MetroWest NJ, shares his personal reflections on the meaning of inclusion in our communities.

When I was asked to speak in our shul for Shabbat Shalem, a Shabbat designated by our Federation to observe Jewish Disability Awareness and Inclusion Month, my initial response was, "Thanks for thinking of me, but I’m not sure I have the voice for this."

Inside my head, I was thinking that I should find that voice.

As chief Jewish learning officer of the Jewish Federation of Greater MetroWest NJ, one of my roles is to participate in Greater MetroWest ABLE (Access, Belonging and Life Enrichment), helping to coordinate activities in support of people with special needs and their families. This effort of ours is renowned throughout Federations across North America.

I worked with Becca Wanatick, the talented and driven professional manager of ABLE, to create a program where shuls might conduct a self-assessment to determine how accessible they are. Shuls that met a threshold of criteria would be designated publicly as ABLE-Awarded, encouraging them to pursue greater accessibility.

I learned a lot through this process, including that many synagogues lack obvious accommodations like an Aron Kodesh (ark) or a Bima that is accessible to people in wheelchairs.

Other not-so-obvious accommodations for people with special needs include:

But the most important thing I learned is this: It’s not about the checklist of accommodations. It is about thinking, speaking, and acting in thoughtful ways that contribute to creating a culture of inclusion.

That means using welcoming language throughout policies, brochures, flyers and announcements. It means considering every program, idea, initiative and event with this question: How can we make this as inclusive as possible? What are we not seeing today that might become a barrier for someone tomorrow?

In Hebrew, the verb for this is lichlol – to include – literally, to build a community, a clal.

I have come to appreciate that we are all differently abled and that accommodating and welcoming people with special needs really works. The commitment to meeting those needs is everlasting and not dependent on a commemorative “month” to accommodate and welcome people. All people.

There is much conjecture about the sin of the builders of the tower of Babel; what did they do that led to a punishment of divergence of language? I would like to suggest this: That everyone spoke the same language at the outset of this story is not a good thing. The universal unity of language created a society that masqueraded as cohesive but also was diabolically coercive. The false and forced sense of unity — the oneness as experienced in a common language — brought about a misguided common purpose. God saw that thoughtless uniformity, simply for the sake of sameness, is not good, and so turned that one language into 70 languages to seed 70 different cultures, to give voice to 70 nations, but also ultimately to lead to understanding the 70 faces of Torah.

Rabbi Lord Jonathan Sacks ponders the origins of anti-Semitism, one of the oldest hatreds in history. He finds it here right here:

Haman said to King Ahasuerus, “There is a certain people, scattered and dispersed among the other peoples in all the provinces of your realm, whose laws are different from those of any other people and who do not obey the king’s laws; and it is not in Your Majesty’s interest to tolerate them. (Esther 3:8)

Rabbi Sacks says, “Dislike of the unlike, a fear of people who are different from us. What irked Haman was the insistence of the Jews on their right to be different — their duty to be different. God took one nation and said, ‘Be different!’ in order to teach the world the dignity of difference. God does not want us all to be the same. He loves the diversity of languages, cultures and creeds. That is where God is to be found. The unity of God creates the diversity of humankind. We, who took it as the historic challenge to be different, are the people chosen to bring that truth to the world.”

As the Jewish people, we are different; we are Ivrim. As individual Jewish people we are deficient; we learn this from Shekalim.

We are enjoined to contribute one-half of a shekel each year. Just half a shekel; the rich may not give more. The poor may not give less.

God goes on to tell us that a shekel is 20 geras. Hashem could have simply said, give 10 geras; why confuse us with fractions? The language is deliberate. Its purpose is to remind us that each of us is incomplete. We are not “10 geras,” we are half a shekel. We need at least one more person to become whole, to be Shalem.

By presenting us with our Torah, Moshe Rabbeinu (Moses)— who may have had a speech impediment and was physically unusual by the nature of his facial luminescence — presided over the brit between God and the Jews and said:

Hashem (God) knows human nature; He created it. We tend to be self-centered. That is why Hashem commands us to recognize the one who is blind; do not put an obstacle in her path, Ani Hashem. I know you; that is why I need to remind you about this.

Consider the one who is deaf; do not curse him, Ani Hashem. I know you, that is why I need to remind you about this.

Welcome the stranger, love him as you love yourself, Ani Hashem. Even though you were a stranger once yourself and you know how it feels, I know you need a reminder about that, too.

Through my effort to find my voice, I have a better understanding of where I am and where I need to go as a person and as a Jew.

As Federation promotes these initiatives and as shuls in our community embrace them, we create opportunities for us as holy institutions to reflect on where we are and where we need to go.

And now I also appreciate why we need reminders like Shabbat Shalem - it’s because we are human.

And that, I guess, is the point. We are all human.