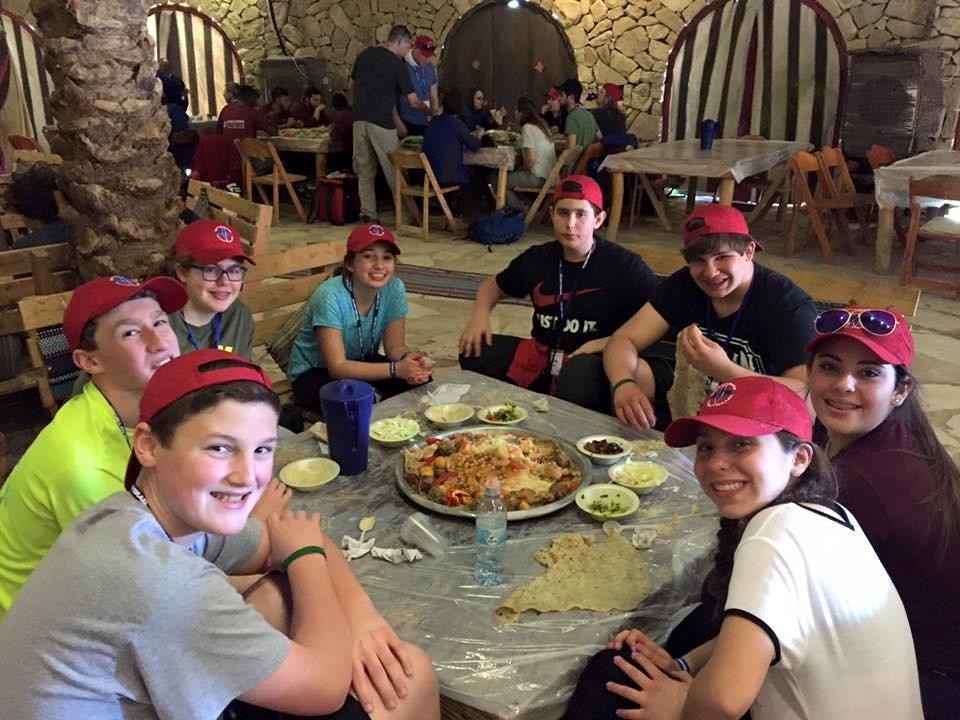 I was recently perusing my Sunday New York Times and came across an interesting piece about parenting philosophy in the Netherlands. It seems that the Dutch have a custom of literally pushing their pre-teen kids out of the car on a distant road and telling them to find their way home. It is called "dropping" and is a summer tradition for families and scout camps all over Holland. Essentially parents or camp leaders take a group of kids out to somewhere remote, a local forest at dusk, give them water and food, a map or rudimentary GPS, an emergency-only phone, and tell them to find their way home. They leave the kids on their own to figure it out without adult help or rescue except in case of a crisis.

This was mind-blowing to me as an educator who is well aware that the American phenomena of helicopter parenting and snowplow parenting are at full strength in our Jewish communities. The Times reported that "the Dutch — it is fair to say — do childhood differently. Children are taught not to depend too much on adults; adults are taught to allow children to solve their own problems. Droppings distill these principles into extreme form, banking on the idea that even for children who are tired, hungry and disoriented, there is a compensatory thrill to being in charge." I couldn’t agree more, and for American Jewish teens Israel travel experiences create similar real opportunities for the personal growth and development of our kids as well as their relationship with Israel.  The trick is doing it as the Dutch do – structured, safe, child-relevant and age-appropriate.

The Israel experience is a high-impact investment in Jewish identity and Zionist commitment. Shekel for shekel, it is one of the most cost-effective educational investments for North American Jewish life. Yet convincing parents, and more importantly their teenage children, to take advantage of the opportunity is increasingly challenging. After a generation with Birthright Israel offering free college trips, many families choose to postpone their child’s first trip rather than spend what can be significant sums to send them as teens. But that alone is not the only challenge to our trips. A recent study by Michael Weil for The Jewish Agency for Israel, "New Directions in North American Teen Travel to Israel," also concluded that today’s Jewish teens may be less interested than previous generations in typical Israel travel.

Research on Jewish teens in North America in general has shown some major changes in behavior. Teens have become more independent and are making more of their own decisions as to how to spend their time and rely less on their parents. Priorities of teens have changed too and Israel is less of an attraction or a priority than what it was. (Weil, p. 20)

This is an important point. Historically, Israel travel programs for teens largely served the purposes of the trip sponsors and parents, namely, to impart a certain perspective or viewpoint about Israel and its place in the larger cultural and historic milieu of Judaism. These trips typically sought to produce certain outcomes of change in the participant’s behavior and/or to reinforce a certain worldview. The intended outcomes could range from taking on more religious observances to widening one’s knowledge of Jewish history to embracing a specific cultural narrative about Israel to eventually making aliyah and more. The teenage participant often had little choice or input as to the content of the travel experience after making their decision to go. Parents and communal leaders entrusted the trip sponsor to set an itinerary that conformed to a certain world view and the teen participants were expected to participate in the program as it was designed by the sponsor.

Today though, teens live in a world where technology and society has given them more input and control over their lives at a younger age than before and they expect it in most aspects of their lives. This was recently documented by the Jewish Education Project and Rosov Consulting in their study Gen Z Now: Understanding and Connection with Today's Jewish Teens, which found that active Jewish teens are rejecting denominational particularism, seeking multiple narratives about Judaism and Israel, and insistent on activities corresponding to their values. Yet, it also found that they have a high regard for Israel and interest in traveling there, and therein lies the problem but also the opportunity for getting more teens to Israel.

Weil’s study found that many of today’s programs are still curated primarily to the interests of the sponsors and not responding to the interests of the participants. Today’s teens want more of the “real” Israel. More mifgashim; more contemporary activities such as experiencing Israeli sports, social media, social justice, the environment, volunteering and other aspects of daily Israeli life; more open and safe dialogue about Israeli politics and society and exposure to multiple opinions and narratives. Showing and telling them a limited perspective will not resonate with this generation nearly as much as sharing and talking with them about multiple perspectives.

A case in point is Chicago's JUF Ta'am Yisrael trip for public school 8th graders. A central part of the trip experience is a designated Track Day. Participants are asked to select an area of personal interest to them in their daily lives such as sports, the environment, technology, the arts, social justice, etc. They are then assigned to a track that corresponds to their interests and spend a full day experiencing Israel through that prism. Each track visits unique programs and sites in Israel focused on the interest areas of the tracks so that each participant experiences Israel through activities that feel personally familiar and interesting to them. Chicago also partners with local schools in their partnership region of Kiryat Gat – Lachish – Shafir to bring Israeli 8th graders on the track day (and a second shared day in the partnership region) to share the experience and build friendships over their shared interests. In short, the Chicago kids experience and process Israel in real time through areas of personal interest, and they make their own personal relationship with the land and its people in the process.

That shift towards unscripted interactions and differentiated experiences can be a real challenge for those of us charged with educating the next generation about Israel. After all, for most of the last 70 years we have been so concerned about Israel’s survival that we were hesitant to vary the script much, less leave it all together. Ensuring that our generation would do all it could to be sure Israel would survive was the paramount objective. 70 years later, the next generation wants to do all it can to help Israel thrive. We should take a page from the Dutch and instead of taking our teens to Israel, we should metaphorically drop them there instead. If we empower them to explore and engage with it on their own terms, I am confident they will find the way to it being their home too.