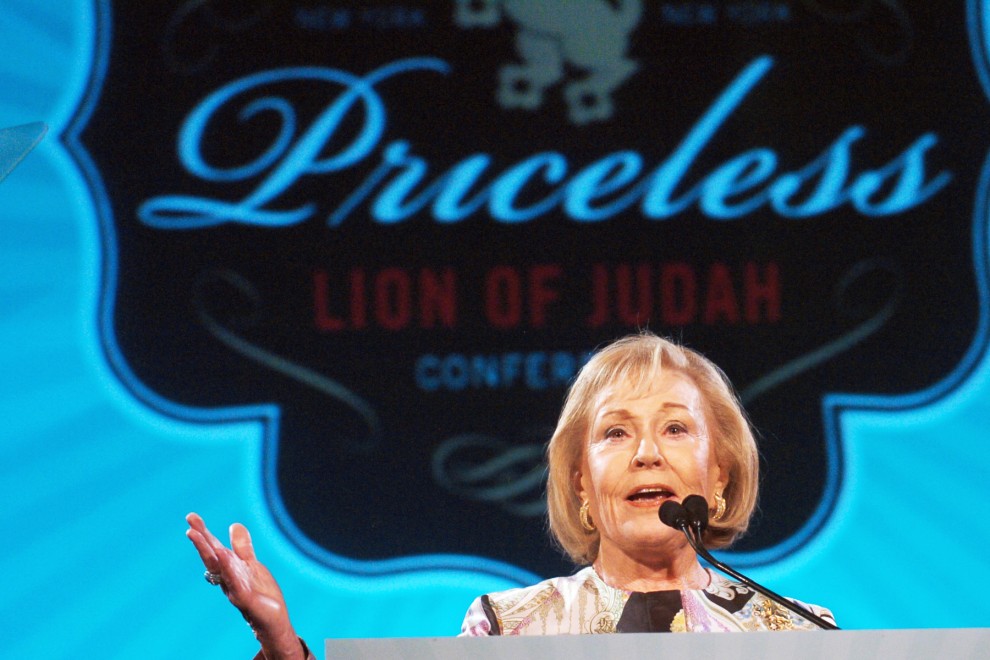 The Jewish Federations of North America mourn the loss of Norma Kipnis-Wilson z”l – women’s philanthropy visionary and co-founder of the Lion of Judah.

Norma was a powerhouse whose spirit and work touched countless lives and continue to do so. In 1970, when Jewish Women’s Philanthropy was considered the “Women’s Division,” she envisioned a path for elevating women’s significant leadership in the field. She believed in the enormous contribution that Jewish women were capable of making and of a minimum million-dollar campaign. This was groundbreaking philanthropy, unheard of for women at that time.

A few months later, in a dream, it became clear. A Lion of Judah would become the symbol, as Norma herself said, “of the strength of Judaism and the Jewish people.” She went to work with her close friend Toby Friedland z”l, and in 1972, they co-founded the Lion of Judah with the Greater Miami Jewish Federation, creating a new avenue and sense of recognition for women to make significant financial and personal commitments to effectuate positive change.

Since that year, the Lion of Judah community has grown to represent a cohort of nearly 18,000 women worldwide. Because of Norma Kipnis-Wilson, Jewish women from 146 Federations and around the world can celebrate their collective ability to repair the world and secure the future of the Jewish community through philanthropy. 2022 marks the 50th anniversary of the Lion of Judah. This symbol became responsible for raising more than a billion dollars to benefit Jews in need in Israel, in countries worldwide, and in our own local communities.

Norma remained on the frontlines from the Lion of Judah’s inception until her death. She inspired two generations of Lions, many of whom are now leading and inspiring yet another generation of Jewish women. She will be sorely missed, but her legacy will continue forever. May her memory be a blessing.

Mark Wilf is Chair of the JFNA Board of Trustees.
Carolyn Gitlin is Chair of JFNA's National Women's Philanthropy.